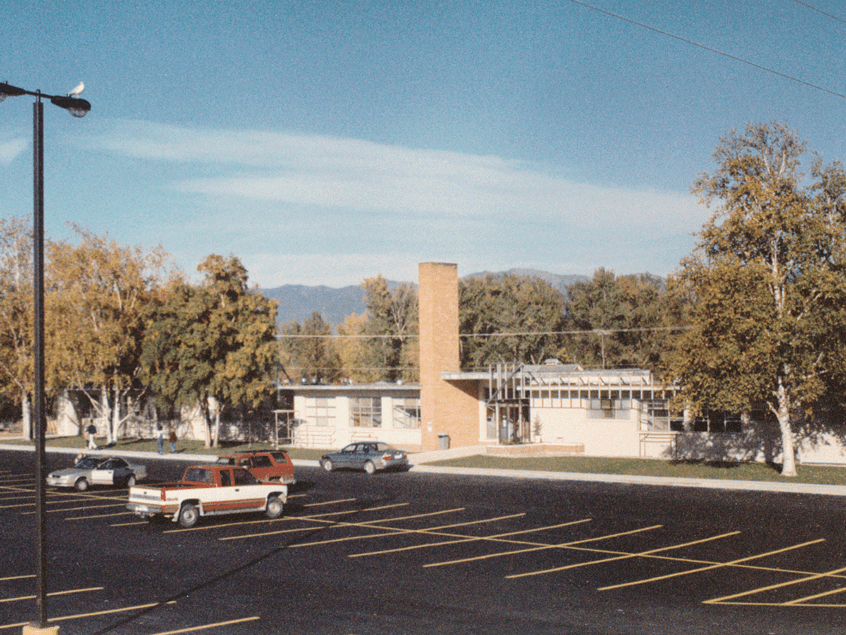 (Story excerpted and reprinted from the 1992/93 Yearbook)

In the Spring of 1992, Flathead Christian School was housed in three separate buildings. The search for a facility to house FCS was a top priority because continued use of the present facilities was very uncertain. During that school year, the facility committee continued to look at all facility options in the valley.

Early in March, 1992, then Superintendent, Mr. Verdell Jackson, looked at the former Flathead County Nursing Home. He strongly felt that this was the new home for FCS. He announced in chapel to the students that he believed that FCS was going to pay off its debt and have its own facility by next year. He was immediately discouraged by a student’s remark that the idea was ridiculous and that it was not logical to tell people that we are going to secure our own facility when we are $45,000 in debt.

As each week passed, many became concerned about not having a facility. Mr. Jackson would go out to the Nursing Home which was vacated in April and pray for confirmation from the Lord. Purchasing it and dealing with the county seemed impossible. Mr. Jackson prayed that if the Nursing Home was not for FCS, the Lord would close the door quickly.

During the summer, parents kept asking if FCS was going to open in the Fall. We said that we believed it was God’s will, but could not see how it could be done in such a short time. Most of the parents signed up their children on faith that FCS would be there for their kids as it had been in the past.

A fundraiser brought in donations from all over the valley, raising enough money for the minimum down payment on the Nursing Home. A prayer chain was organized. On July 30, the day of the sale, a series of events ensued that enabled FCS to place the minimum bid at the auction, including an agreement by three generous supporters to co-sign the note. After Mr. Jackson placed the bid, our parents waited for additional bids. The pause of less than a minute seemed like an eternity as we studied each face while waiting for an opposing bid. When the county accepted our minimum bid, a loud cheer came up from the crowd and tears of gratitude flowed.

Looking back on these events and others too numerous to mention, it is very evident that God worked miracle after miracle to bring Flathead Christian School to this point. It is impossible to pay off a $45,000 debt, vacate three school buildings and remodel and prepare another facility for classes in four weeks, without God working through the hearts of many people, including the public officials involved.

As God’s people this year, we have seen the power of prayer, spoken from faith, and stood for righteousness. May we not quickly forget the many blessings we have received or lose our vision of preparing our children for kingdom life, even if it requires great personal sacrifice on our part in the future.